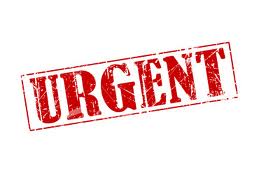 The Muslim Arbitration Tribunal has lied about discussions with the Crown Prosecution Service with regard to domestic violence.

Sheikh Faiz Ul-Aqtab Siddiqui told the BBC in an interview for Daily Politics that there are on-going discussions with the CPS and that these explore “an alternative form of resolution” of domestic violence cases for Muslims in Britain.

One Law for All contacted the Crown Prosecution Service to seek clarity on this.  The CPS has confirmed that it has not been in any negotiations with any sharia tribunals or councils, and has not discussed the issue with Sheikh Siddiqui – this response can be found here.

It is our belief that these lies are aimed at creating an air of legitimacy around sharia law in the UK, and to create the impression that sharia law does not pose a threat to women and children, or a threat to the principle of equality before the law.

It is an attempt to hide the true sexist nature of sharia and present it to the public as something ‘so harmless that even the CPS is on board’; it is not.

Information on exactly how women and children are treated in sharia tribunals and councils across the UK can be found in our report ‘Sharia Law in Britain: A Threat to One Law for All and Equal Rights’ on this website.