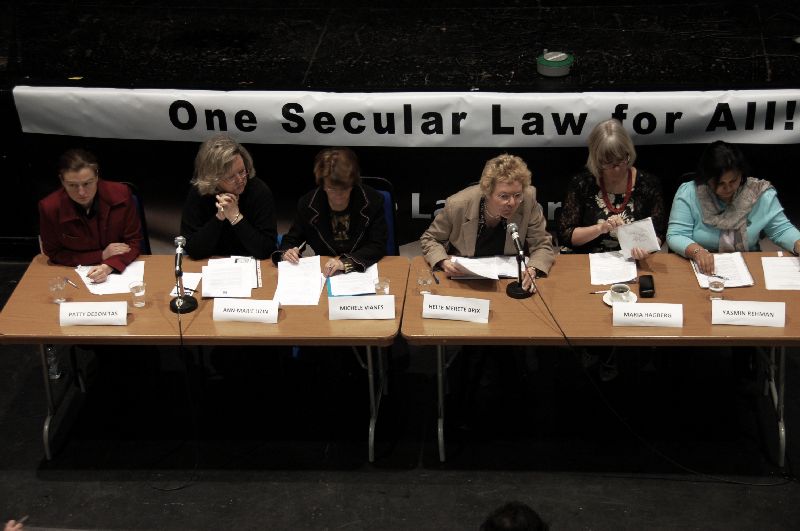 To mark and celebrate 100 years of International Women’s Day, a one day conference was held on 12 March 2011 to discuss the impact of religion on the lives of women. The conference was organised by One Law for All and the International Committee against Stoning, Iran Solidarity, and Equal Rights Now.

The day started with an opening address by renowned philosopher A C Grayling which was followed by a hugely successful conference with speakers from across the world creating a vibrant and very important debate.

There was also a reading of Ghazi Rabihavi’s play ‘Stoning’ – ‘A very strong and powerful piece of work, beautifully constructed’ as described by Harold Pinter.

Video footage of the conference follows:

Panel discussion on Religion and the Law chaired by Elizabeth O’Casey with panellists Gita Sahgal, Nina Sankari, and Sohaila Sharifi: