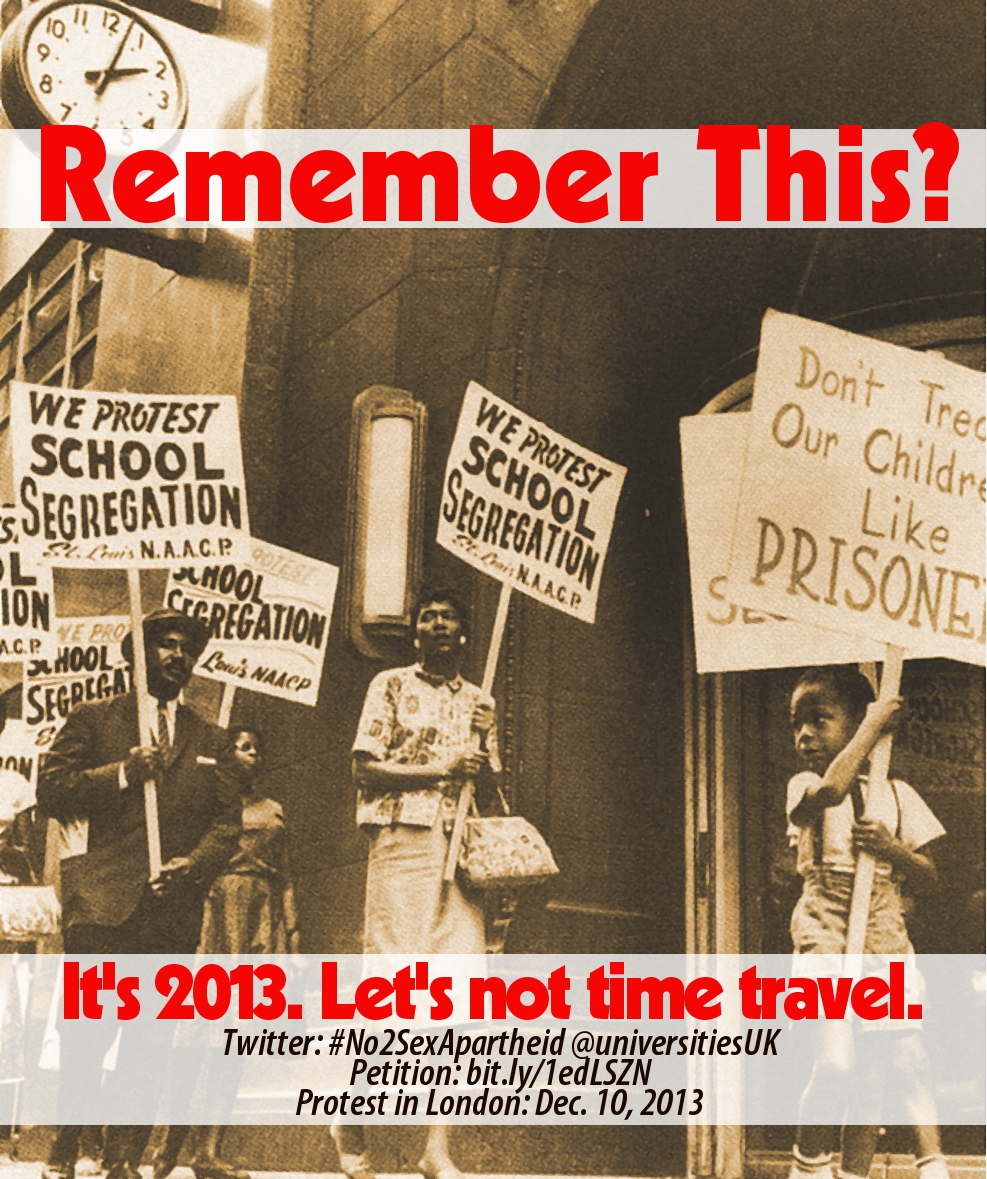 Universities UK (UUK) has issued guidance on external speakers saying that the segregation of the sexes at universities is not discriminatory as long as “both men and women are being treated equally, as they are both being segregated in the same way.” The guidance has been supported by the National Union of Students.

UUK add that universities should bear in mind that “concerns to accommodate the wishes or beliefs of those opposed to segregation should not result in a religious group being prevented from having a debate in accordance with its belief system” and that if “imposing an unsegregated seating area in addition to the segregated areas contravenes the genuinely-held religious beliefs of the group hosting the event, or those of the speaker, the institution should be mindful to ensure that the freedom of speech of the religious group or speaker is not curtailed unlawfully.”

We, the undersigned, condemn the endorsement of gender apartheid by Universities UK. Any form of segregation, whether by race, sex or otherwise is discriminatory. Separate is never equal and segregation is never applied to those who are considered equal. By justifying segregation, Universities UK sides with Islamist values at the expense of the many Muslims and others who oppose sex apartheid and demand equality between women and men.

The guidance must be immediately rescinded and sex segregation at universities must come to an end.

Join initial list of signatories below by signing the petition here.

* There will be a protest at Universities UK offices in London on 10 December 2013, International Human Rights Day, to oppose sex segregation.

* Teams of Sex Apartheid Busters are being organised to break segregation wherever it is instituted. To join email maryamnamazie@gmail.com. More details to follow…