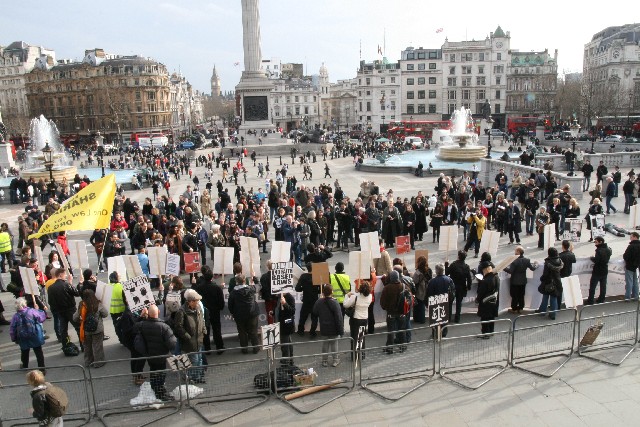 Symbolic demonstration in support of one law for all in Britain and against religious based tribunals followed by a march to Red Lion Square from 4:30-5:30pm