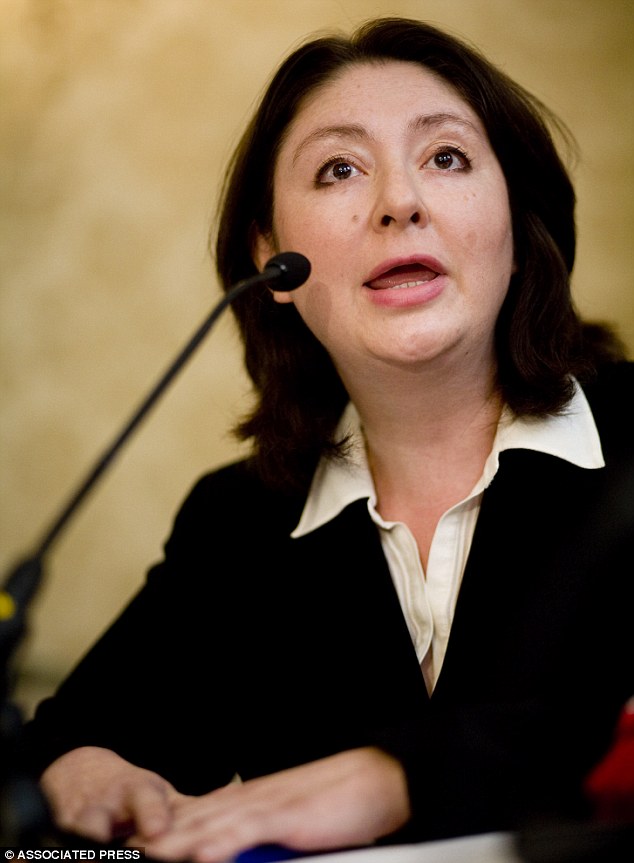 MARYAM NAMAZIE: Why I had to face down the bullies trying to silence my supposedly ‘offensive’ stance on Islam

This week marked the first anniversary of the Charlie Hebdo massacre in Paris.

The atrocity was a brutal attack not just on human life but also on the principle of free speech, one of the pillars of human civilisation. In the aftermath of the killings, people across the world united to express their support for that essential liberty.

Yet today, freedom of speech in British universities is under heavier assault than ever before.

In this case, the weapon of destruction is not the barrel of a gun but the proclaimed desire to maintain student safety by turning university campuses into ‘safe spaces’ where students will be shielded from anything they might find offensive.

Within our society, there should of course be safe spaces – such as women’s refuges – for victims of violence, discrimination and abuse. But it is wrong to hijack this concept as a means of stifling open debate within the higher education system.

By their very nature, universities should be ‘unsafe spaces’ where orthodoxies are challenged and opinions questioned. Why go to university at all if you feel you have to be ‘protected’ from views you dislike? That is a recipe for intellectual paralysis. Indeed, most human progress stems from a willingness to embrace ‘unsafe’ or ‘offensive’ ideas.

Moreover, what is considered ‘offensive’ or ‘hate speech’ is highly subjective. All too often the limits of speech are set by those with the loudest voices or the most political influence, like religious bodies or student unions or the state authorities. Once the limits are set, it’s a slippery slope. Limiting free speech silences and censors dissenting voices which most need to be heard.

That has certainly been my recent experience of British university life. I am an Iranian-born ex-Muslim woman who campaigns against Islamism and is critical of all religions, including Islam.

The central theme of my work is the promotion of equality, secularism and universal rights for all, including ex-Muslims, Muslims and migrants.

Despite my progressive outlook, my opposition to Islamism has led to regular attempts to silence me through so-called ‘safe space’ policies. To the ‘safe space’ brigade, I must be ostracised because of my supposedly ‘offensive’ stance on Islam, even though I am the target of frequent abuse and even death threats.

In one recent example of this trend, the Islamic society at Goldsmiths University in south London tried to get my talk to the students’ Atheist Society cancelled on the grounds that I would violate their ‘safe space’ policy by inciting ‘hatred and bigotry’. When this attempt to gag me failed, the Islamic Society president and its ‘brothers’ sought to create a mood of fear and intimidation at my talk.

It was the same story at Warwick University in October, when the student union tried to bar my talk to the Warwick Atheists, Secularists and Humanists Society (WASH) because I am, apparently ‘highly inflammatory and could incite hatred on campus’. Fortunately, the student union’s decision provoked a wave of protests, and my visit was able to go ahead.

By their very nature, universities should be ‘unsafe spaces’ where orthodoxies are challenged and opinions questioned. Why go to university at all if you feel you have to be ‘protected’ from views you dislike?

But these two cases show very clearly how ‘safe space’ policies are being used to silence critics by promoting the Islamist narrative, which conflates criticism of Islam and Islamism with bigotry against Muslims.

The Goldsmiths Islamic Society’s approach is all the more absurd given that it has invited speakers who defend jihad and the death penalty for apostates.

In the fashionable tale of victimhood cultivated by Islamic Society leaders and their Student Union allies, there is a deeply patronising view of Muslim students as a single, homogeneous body with one regressive mindset. But this is completely false.

During my talk at Goldsmiths, Muslim women and migrants of Muslim background spoke up against the aggressive behaviour of the Islamic Society members.

I have also received letters from other Muslims at the talk who agreed with me, but felt too intimidated to act. So when student unions side with Islamic societies against people like myself, they are not ‘protecting’ Muslims against bigotry, but siding with Islamists.

In their campaign to stifle free speech, the ‘safe space’ ideologues seek to equate ‘offensive’ speech with real harm. But their argument could hardly be more hollow. The expression of ideas, even if offensive and hurtful, is not the same as causing mental or physical injury.

That’s not to say that hate speech doesn’t exist. Groups like Britain First express hatred against migrants, Muslims and apostates every day. But you can’t stop hate speech by stifling free expression. Free expression is vital for any society. And it is not free unless it is free for everyone, including those whose views are deemed distasteful and even hateful, as long as they are not inciting violence.

What we need is not more restrictions on free speech, but the opposite.

For that, we need an end to the bullying ‘safe space’ policies adopted by the National Union of Students.