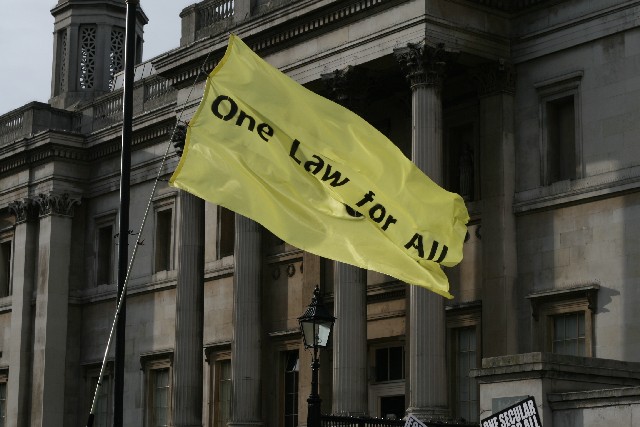 Letter to CPS on domestic violence

I represent the One Law for All Campaign (www.onelawforall.org.uk).  We campaign to bring an end to sharia courts and tribunals in the UK as we believe that they work against – and not for – equality, human rights, social cohesion, and equal citizenship.

As you know, sharia courts and tribunals are in operation across the United Kingdom.

Alarmingly, sharia courts in Britain are known to have heard and delivered judgments on domestic violence cases, as well as marital rape.  In such cases, people are required to remain within violent marriages and no punishment is handed down to perpetrators.  With regards to rape, sharia does not recognise a woman’s right to refuse sex to her husband and rape within marriage is not deemed to be a crime.  This, as you know, is in total opposition to British legal principles.

I am writing to request confirmation as to whether or not the CPS is engaged in discussions with members of sharia tribunals, such as Sheikh Faiz Ul-Aqtab Siddiqi, and whether the CPS favours the decriminalisation of domestic violence and marital rape.

In a ‘YouTube’ video to be found here https://www.youtube.com/watch?v=UkLYYeY0-xI, Sheikh Siddiqi claims, with apparent authority, that he is indeed engaged in discussions with both the CPS and the Police service, and that these discussions explore the possibility of decriminalising domestic abuse and violence towards Muslim women in Britain.

Please clarify the truth, or otherwise, of these claims.

As you are no doubt aware, domestic violence is a serious crime in the United Kingdom.  The One Law for All campaign opposes, without exception, any law which legitimises domestic violence or rape against any woman, regardless of her racial or religious background, in the United Kingdom.  We believe any such legislation would be unlawful under the terms of the Human Rights Act.