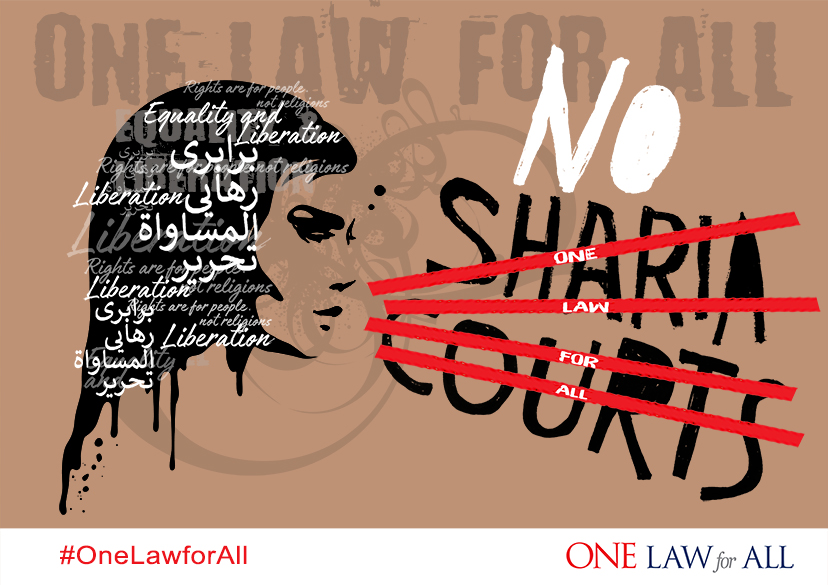 Is sharia discriminatory against women?

An open letter by an unprecedented number of women’s rights campaigners and organisations raised serious concerns about a government inquiry into the courts and called it a whitewash.

See interviews with One Law for All spokespersons on the courts here:

Do Sharia councils discriminate against women? BBC World At One, 27 May 2016 with Maryam Namazie

See recent media coverage on the inquiry below:

We need to stop conflating ‘Muslims’ with Islamists, The Freethinker, 29 August 2016

Sharia courts are a human rights scandal, The Freethinker, 29 July 2016

Concerns over the Inquiry into Sharia councils must not be Dismissed, Sedaa, 21 July 2016

Refusing to recognise polygamy in the West: a solution or a soundbite?, Open Democracy, 11 July 2016

Polygamy is not a cultural conceit. It is an affront to women, Guardian CiF, 10 July 2016

Critics say a UK probe into Sharia courts is a sham, Freethinker, 3 July 2016