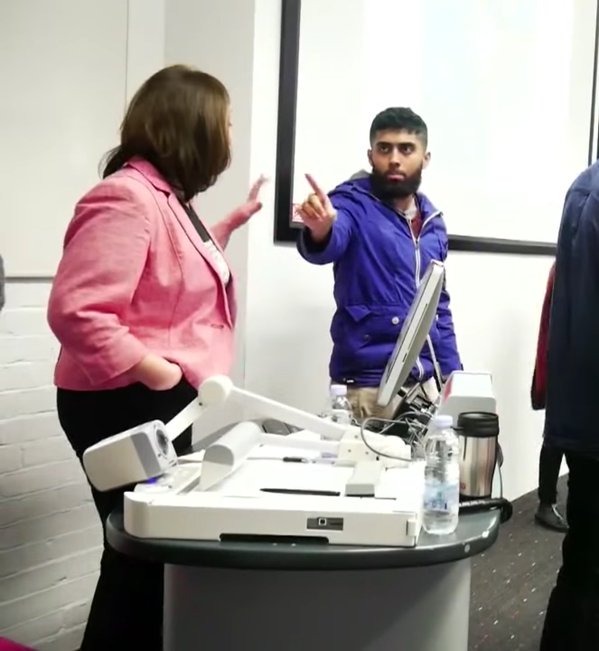 PLEASE NOTE: The video does not violate privacy rules since there was implicit consent and the filming of Maryam’s speech was done publicly. Also given the fact that threats were made at the meeting, and that the Goldsmiths Atheists Society is collecting documentation towards an investigation into the ISOC members who disrupted and threatened the meeting, the entire video must remain online to ensure that full facts are available. Therefore, any requests for the removal of the video is denied.

Maryam Namazie spoke on “apostasy, blasphemy and free expression in the age of ISIS” on 30 November 2015 at Goldsmiths University at the invitation of the Atheist, Secularist and Humanist Society (ASH).

Goldsmiths Islamic Society (ISOC) called for the talk’s cancellation saying Maryam’s presence is “a violation to [their] safe space,” and that she will “incite hatred and bigotry, at a very sensitive time for Muslims in the light of a huge rise in Islamophobic attacks.”

When the talk went ahead as planned, ISOC “brothers” attended the meeting in order to disrupt and create a climate of fear and intimidation. PLEASE NOTE THAT THE ISOC “SISTERS” AND OTHER MUSLIMS ATTENDING DID NOT SUPPORT OR DEFEND THEIR THUGGISH BEHAVIOUR.

Despite the many attempts of the ISOC “brothers,” the meeting ended successfully and raised critical issues, including that criticism of Islam and Islamism are not bigotry against Muslims who are often the first victims of Islamism and on the frontlines of resistance. The meeting also helped expose the Islamists for what they are – thugs who cannot tolerate dissent.

Freedom of expression and the right to criticise and leave Islam without fear and intimidation is a basic human right.