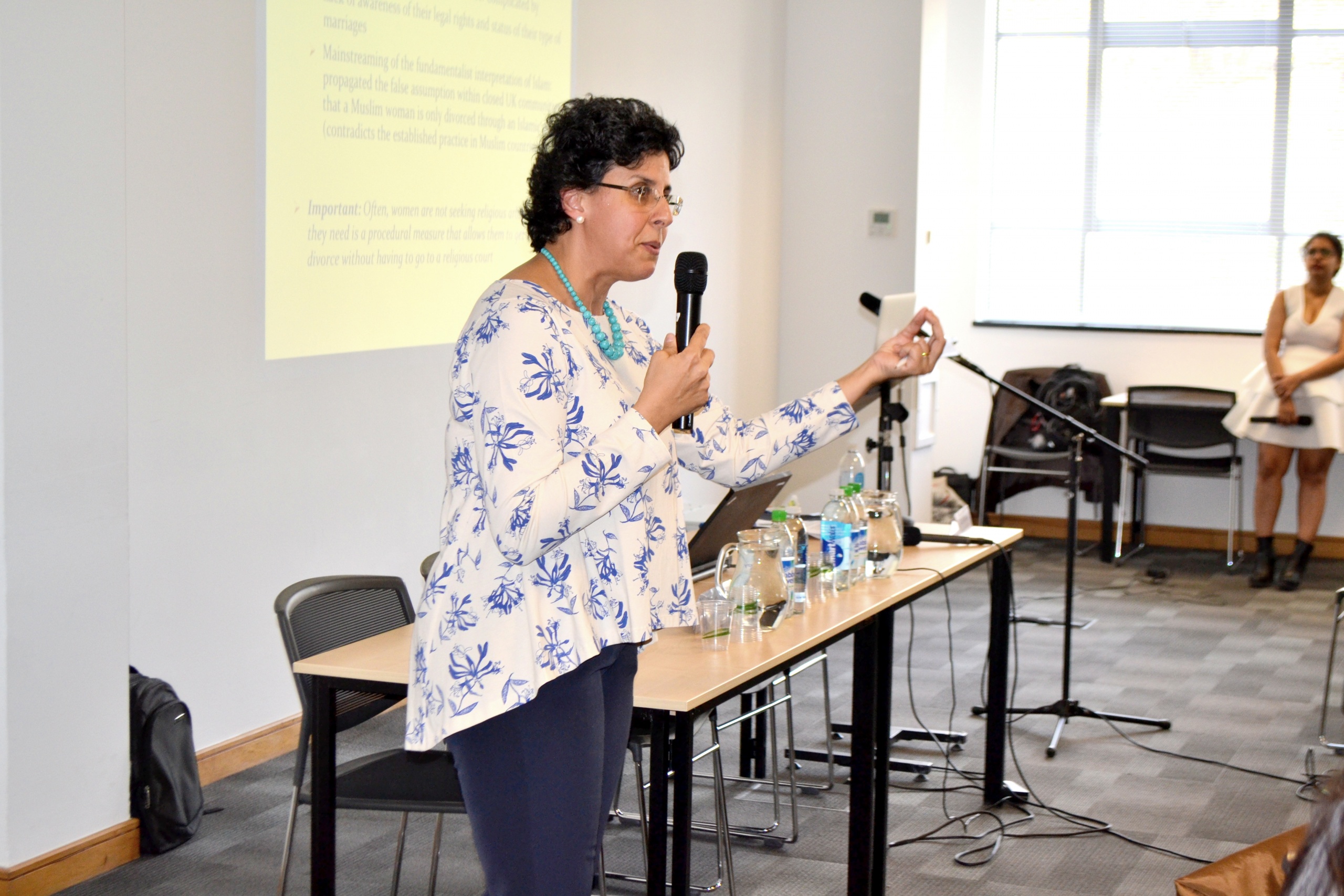 Elham Manea on Women And Sharia Law: The Impact Of Legal Pluralism In The UK

Elham Manea is an Associate Professor specialised on the Middle East, a writer, and a human rights activist. She is a Fulbright scholar who holds a PhD degree in political science from the University of Zurich, Master degree in comparative politics from the American University in Washington D.C, and a Bachelor degree in political science from Kuwait University. She has published several academic and non-fiction books including The Arab State and Women’s Rights: The Trap of Authoritarian Governance. She works at the Political Science Institute at the University of Zurich and a consultant for Swiss government agencies and international human rights organizations. Recently, she has been appointed by the Swiss Federal Council as a Member of the Federal Commission for Women Affairs. Her concept of humanistic Islam was first published in a series of articles in Arabic. Her most recent book is: Women And Sharia Law: The Impact Of Legal Pluralism In The UK.