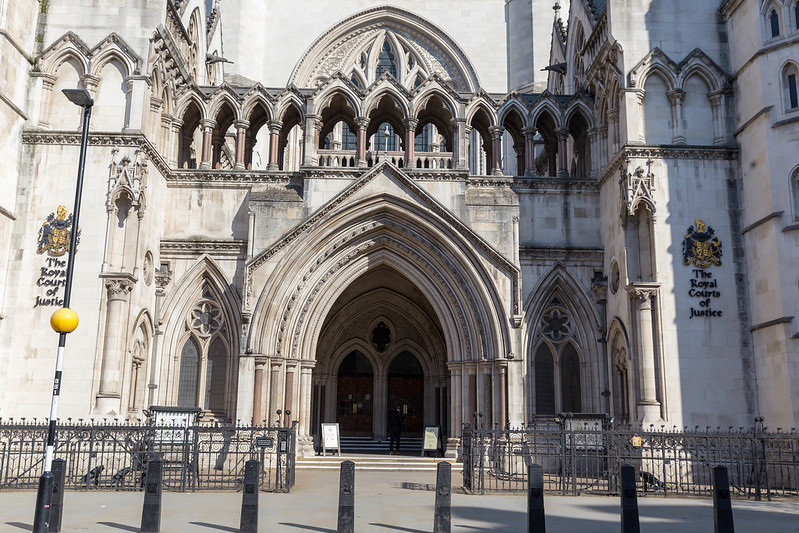 Does religion have a privileged status in the UK?

Editor’s Note: Rahila Gupta is an author and journalist. She has written several books, including “Don’t Wake Me: The Ballad of Nihal Armstrong” and “Enslaved: The New British Slavery.” She has also served in the management committee of Southall Black Sisters since 1989. The opinions expressed in this commentary are her own. Read more opinion at CNN.

(CNN) – The tussle between parents of a terminally ill child and a hospital that wants to withdraw life support is a heartbreakingly familiar one.

Tafida Raqeeb, a 5-year old girl whose blood vessels ruptured in her brain in February, is the latest in a line of well-known cases like Charlie Gard, Alfie Evans and Isaiah Haastrup. Unlike in these cases, Tafida’s parents won a rare victory in early October: They were allowed to transfer her to a hospital in Italy that has agreed to keep her on life support because Tafida does not meet their criteria for switching it off (which is being diagnosed as brain dead, and Tafida has not been). The judge gave due weight to “the religious and cultural tenets by which Tafida was being raised” in his decision. Doctors, and the lawyer representing the National Health Service trust that runs the hospital where Tafida was treated, had said more treatment would not help and would cause “physical degradation.”

Shelina Begum has been crowdfunding for legal fees and her daughter’s treatment in Italy.

While I fully sympathize with the parents’ desperation for any support they could garner, what was worrying was that like in many other cases, religious groups offered support in order to further their own agenda.

Christian evangelicals opposed to euthanasia, abortion, same-sex marriage and the right to die provided legal assistance, people power and campaigning skills in the cases of Charlie Gard and Alfie Evans. In the case of Tafida Raqeeb, religion raises its head yet again in a way unique to Islam; while it meant a victory for the Raqeeb family, it also sets a dangerous precedent for the role of religion in society, which can easily spill over into other issues of social policy.

The mother, Shelina Begum, despite being a British-trained solicitor, had obtained a fatwa (a religious ruling) from an adviser on the Islamic Council of Europe (ICE) which condemned the withdrawal of life support from Tafida as a “great sin” and “absolutely impermissible.” Sheikh Haitham al-Haddad, an Islamic jurist, described the NHS proposal as a “killing” and asserted that “killing one soul is like killing the entire humanity.” The Christian right has used similar language in this and other controversial cases.

Maryam Namazie, spokesperson for the British secular legal group One Law for All, the mission of which is to “bring an end to the use and institutionalisation of Sharia and all religious laws,” calls the fatwa “yet another attempt by the religious-Right to impose their rulings into the proceedings of a civil court and normalise a regressive agenda.”

Barts Health NHS, the trust which runs Royal London hospital, where Tafida was being treated, had applied to remove members of the family acting as litigation friends, arguing that they cannot be open-minded about the child’s best interests in light of the fatwa. The family’s barrister described it as an “outrageous” act of discrimination against the family member; the judge rejected the hospital’s case.

Tafida’s mother told the court of Tafida’s commitment to her religion through her behavior, explaining how she would pray, participate in fasting and had requested to wear a headscarf. All of this had been voluntary. But what does voluntary mean in the context of a 5-year-old child who cannot, by definition, have an independent view of anything in life? David Lock QC, barrister for Tafida’s parents, argued that in terms of commitment to religion, the family sat on the “upper end of the spectrum,” so their religious beliefs should be weighed seriously. The family also argued for Tafida’s freedom of movement under EU law. By extrapolation then, would the case of a secular family, similarly arguing for the extension of a child’s life, be weaker?

As Namazie of One for All argues, “the law must be neutral so as not to privilege religious parents over those who are non-believers” — and religious interests should not be the primary concern. Barts Health NHS deserves to be supported in its argument that the child’s “best interests,” as enshrined in the Children Act 1989, should outweigh the parents’ religious interests. It is, of course, possible on the balance of medical evidence that the “best interests” of the child may have supported the parents’ case — but the issue here is the weight given to religious belief.

There have been many examples of brave individuals and institutions who have been vilified for trying to ensure a balance between religious interests and equal rights laws. The head of Anderton Park School in Birmingham faced vocal and intimidating protests against the so-called “sexualisation of children” since April this year, over its curriculum aiming to teach students about LGBTQ+ rights, through stories such as two male penguins struggling to have a baby. The protests were being coordinated by Islamic RSE, an organization set up to fight the introduction of relationship education, which is to be made compulsory in all primary schools in 2020. Christian conservatives joined the battle.

In 2018, the head teacher of a primary school in East London banned the hijab, given that Islamic tradition does not require girls to wear it before puberty — and found herself in the middle of a storm of opposition from parents, community leaders and even the teachers’ union, NEU. In 2013, Universities UK moved to allow sex segregation at the request of guest speakers representing religious groups. Organizations like One Law For All and Southall Black Sisters along with the National Secular Society campaigned against this open door to sex segregation until Universities UK withdrew its guidance.

The infusion of religion into law goes beyond cases involving medicine and education. In 2014, the Law Society withdrew its controversial guidance on sharia-compliant wills, under which women stood to lose an equal share of their inheritance, after pressure from the above groups.

It is this conflation of anti-racism and respect for religious rights that has hampered the fight to keep religion out of the public square. These are just a few examples of how religious conservatives are using the equalities legislation which protect religious rights and other policies which promote multiculturalism and multi-faithism to undermine the concept of one law for all and the right to equality of other protected groups such as women and LGBTQ+ groups. Institutions fearing a charge of racism capitulate to these demands and it falls to the vigilance of small secular groups to stop this encroachment.

“Eingang zu den Royal Courts of Justice in London” by marcoverch is licensed under CC BY 2.0