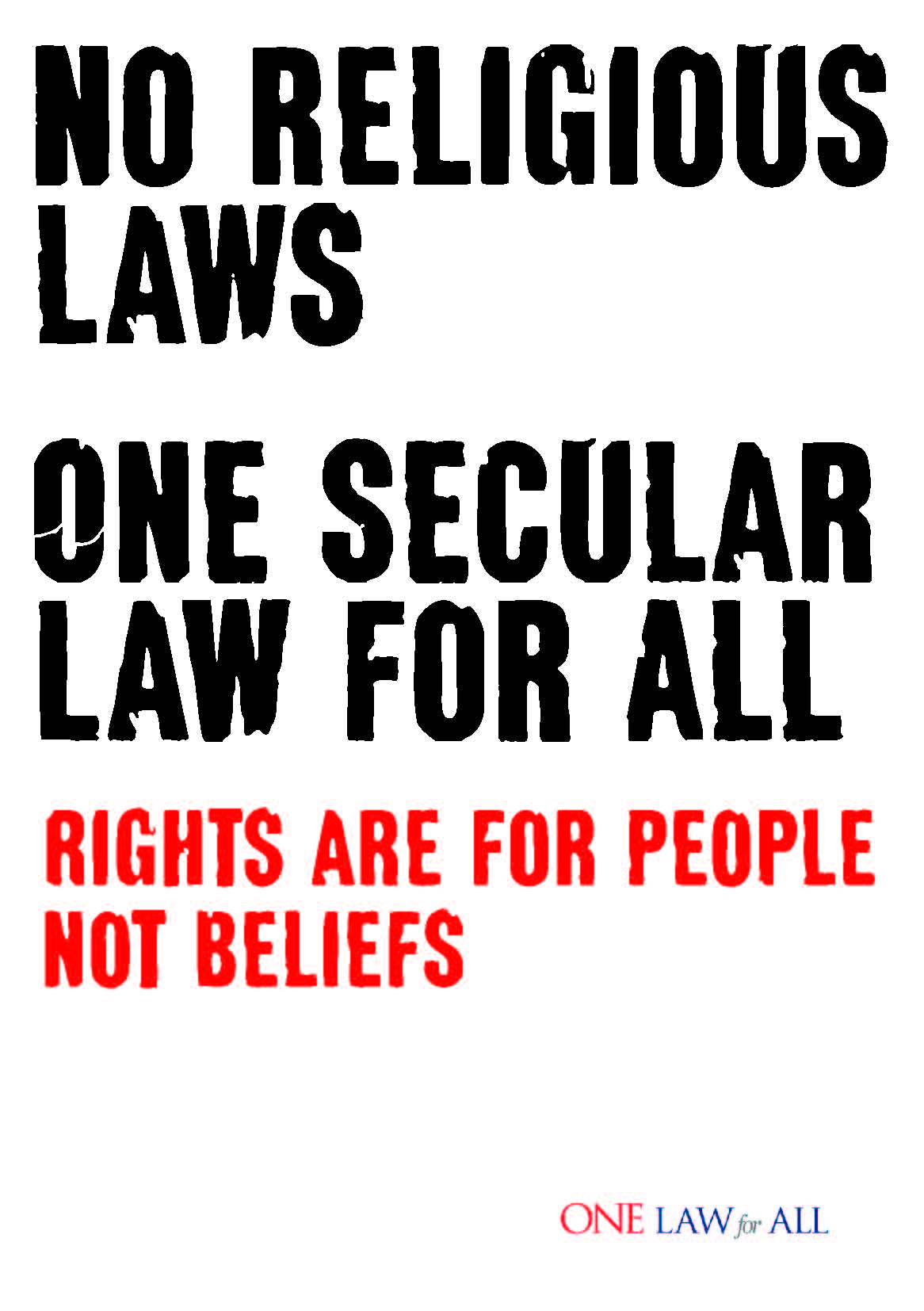 Child “Marriages” and Sharia Courts: It Must End Now

We are writing to you today to ask for your urgent and immediate support.

As you may have seen in the papers recently, there is growing evidence that young children – some as young at 5 years old – are being “married” to older men in Sharia courts across Britain. This is increasingly being sanctioned by the Islamists who run Britain’s network of Sharia courts, and there is evidence that this practice is growing.

A recent undercover investigation by the Sunday Times found imams in Britain willing to “marry” young girls, provided this was carried out in secret. The imams had been approached by an undercover reporter posing as a father who said he wanted his 12 year old daughter married, to prevent her from being tempted in to a “western lifestyle”.

Imam Mohammed Kassamali, of the Husaini Islamic Centre in Peterborough, sanctioned the marriage, but stressed the need for total secrecy. He stated: “I would love the girl to go to her husband’s houses (sic) as soon as possible, the younger the better. Under sharia (Islamic law) there is no problem. It is said she should see her first sign of puberty at the house of her husband. The problem is that we cannot explain such things (the marriage) if the girl went tomorrow (to the authorities).”

Abdul Haque, who officiates at weddings at the Shoreditch mosque, east London agreed to carry out the formalities of the wedding. However, he told the reporter that he should “tell people it is an engagement but it will be a marriage”. He added: “In Islam, once the girl reaches puberty the father has the right, the parents have the right, but under the laws of this country if the girl complains and says her marriage has been arranged and she wasn’t of marriageable age, then the person who performed the marriage will be jailed as well as the mother and father”.

Earlier this year, it was also reported that at least 30 girls, some as young as 9, were “married” in sharia courts in one London borough alone.

Clearly, child “marriages” are an abomination; they are nothing short of religiously-sanctioned child rape and paedophilia.

Sharia proponents deceptively say that forced marriages are unacceptable under Sharia and that both bride and groom must choose to marry as if that is the issue at hand. Islamists have gotten away with years of misogyny against Muslim women under cover of “choice” and are now using similar language with regards children. Nonetheless, child welfare must take precedence irrespective of religious beliefs. This is something we must urgently remind the Government of. Sharia courts are a scandal and must be stopped.

One important way to tackle this matter is to galvanise support for the Arbitration and Mediation (Equality) Bill introduced to the House of Lords last year by crossbench peer, Baroness Caroline Cox. The Bill is due for a second reading in October.

The Government has so far declined to support Cox’s Bill. They do not believe there is a parallel legal system in operation. They also insist that everyone has full right of access to the British courts. This is simply not the case. There are many with little or no English language skills, trapped by community pressure, who believe Sharia courts operate as real courts and who regard their decisions as legally binding. The idea that they can easily instruct a high street solicitor to help them access their full rights under UK law is far from reality.

The Government must be pressured into taking immediate action, including by supporting Cox’s Bill, and shutting down Sharia and religious courts. If child welfare takes precedence then the Government is duty-bound to take action.

Sign our new petition in support of Baroness Cox’s Bill; tell the Government that enough is enough! Please sign it now.

Baroness Cox has said in the past that her Bill was inspired by One Law for All. To donate to our important work, please either send a cheque made payable to One Law for All to BM Box 2387, London WC1N 3XX, UK or pay via Paypal. We need regular support and also for supporters to commit to giving at least £5-10 a month via direct debit. You can find out more about how to join the 100 Club here.

If you shop online, please do so via the Easy Fundraising’s website. It won’t cost you anything extra but can help raise much needed funds for One Law for All.

We look forward to your immediate intervention in this matter.