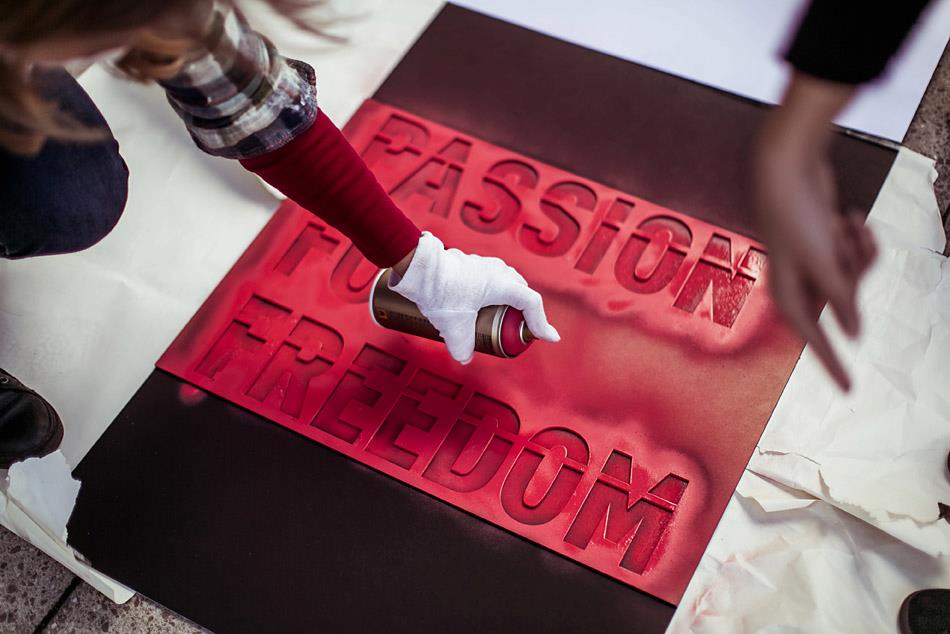 Censored works shown for the first time in London

The fourth annual festival will take place at the Unit24 Gallery in London’s South Bank. Artists from 30 countries around the world have entered their work into the competition this year. During the festival the works of 36 artists will be shown from countries spanning the globe including Afghanistan, Cuba, China, Italy, Iran, Pakistan, Poland, UK, and USA.

“Artists using mediums such as video, installation, painting and sculpture openly debate issues that are usually ‘swept under the carpet.’ It is important to remember that our society takes freedom for granted. Being interested in ‘the next big thing’ we forget that what we have was fought for and has to be protected,” says Agnieszka Kolek, KM Curator.

The exhibition’s message comes across strongly with Sarah Maple’s work “Inaction is a weapon of mass destruction”. Invited to be a Special Guest Artist, Sarah decided to confront the viewer with their own reflection. ‘It is like everyone can be an activist in their everyday lives through small acts,’ says Sarah.

“Real change comes about by challenging and dissenting not by appeasement and silence. It comes about by breaking taboos and pushing aside that which is deemed sacred and art is such an important way of doing this. As Ai WeiWei says, if we don’t push, nothing changes.” says Maryam Namazie, One Law for All’s Spokesperson.

‘We should have no illusion that Twitter or Facebook will free us. On Friday, 9 November there is a special screening of “Ai Weiwei Never Sorry” documentary by Alison Klayman. It shows how even in a global village connected through social media, Chinese authorities can persecute the artist by beating him up in secret detention, bulldozing his newly built studio and limiting his access to the outside world. Artists, such as Ai Weiwei pay the highest price for making meaningful art,’ says Marianna Fox, Assistant Curator.

The Festival not only promotes art dissidents from abroad. ‘There is an eminent danger that our society is censoring itself without obvious totalitarian states imposing laws upon us.’ says Agnieszka.

According to Dutch artist Johan van der Dong, ‘Many galleries were afraid to exhibit my installation “PO. Box to Allah” in their spaces. I have never given up hope to make a statement on freedom of religion and freedom of speech wherever on earth people will be.’

This year’s festival has got a strong video presence. To highlight a few: Liz Gascoigne’s ‘No Spring without Women’ is hypnotic while 2011 graduate Paul Harrison’s work “The Sea of Parity” leaves the viewer with the strongest image possible.

One Law for All’s Passion for Freedom is a non partisan and voluntary organisation gathering professionals working in arts and media. The first edition of the non-profit London Festival took place in 2009. The annual celebration of Freedom takes place in a spacious, contemporary gallery next to Tate Modern.