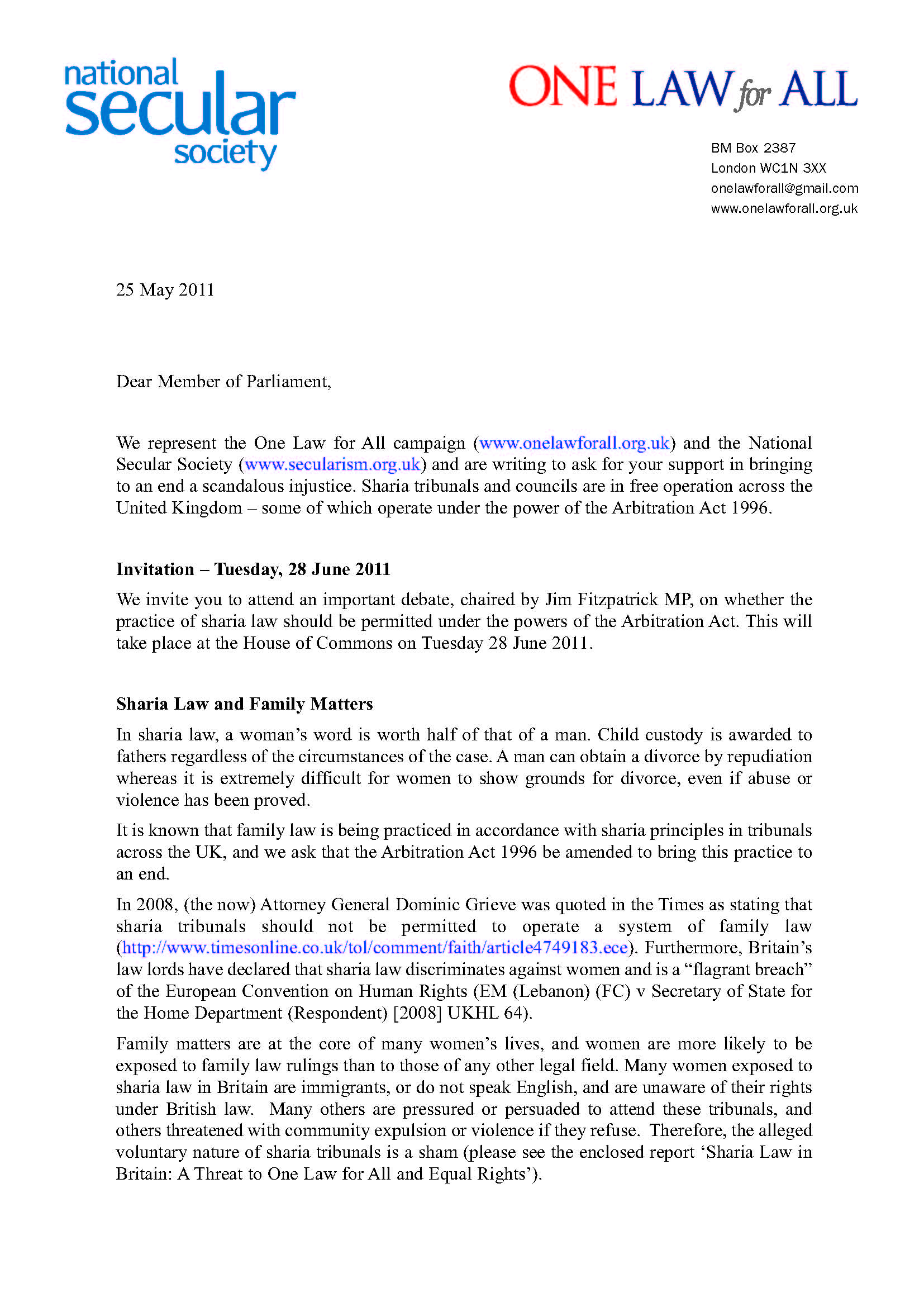 Prior to the debate, we have written to every MP and Peer in the Houses of Parliament inviting them to a debate in the House of Commons on 28 June 2011, which will question the practice of sharia law under the powers of the Arbitration Act 1996 given its anti-woman and anti-child agenda. All of them have also received a copy of our report ‘Sharia Law in Britain – A Threat to One Law for All and Equal Rights’. See our letter to MPs and Peers here.

To make our debate as successful as possible in highlighting the problems related to sharia, we are asking you to contact your MP to draw his/her attention to this debate. Please inform your representative in Parliament that sharia law operates in a way which is not in the public interest as it discriminates against women and children as a matter of course. Examples you can cite include that under sharia, the testimony of a woman is worth only half of a man, and fathers get child custody rights regardless of the circumstances of the case. You may also highlight a growing campaign among sharia advocates to effectively decriminalise domestic violence for Muslims in Britain.