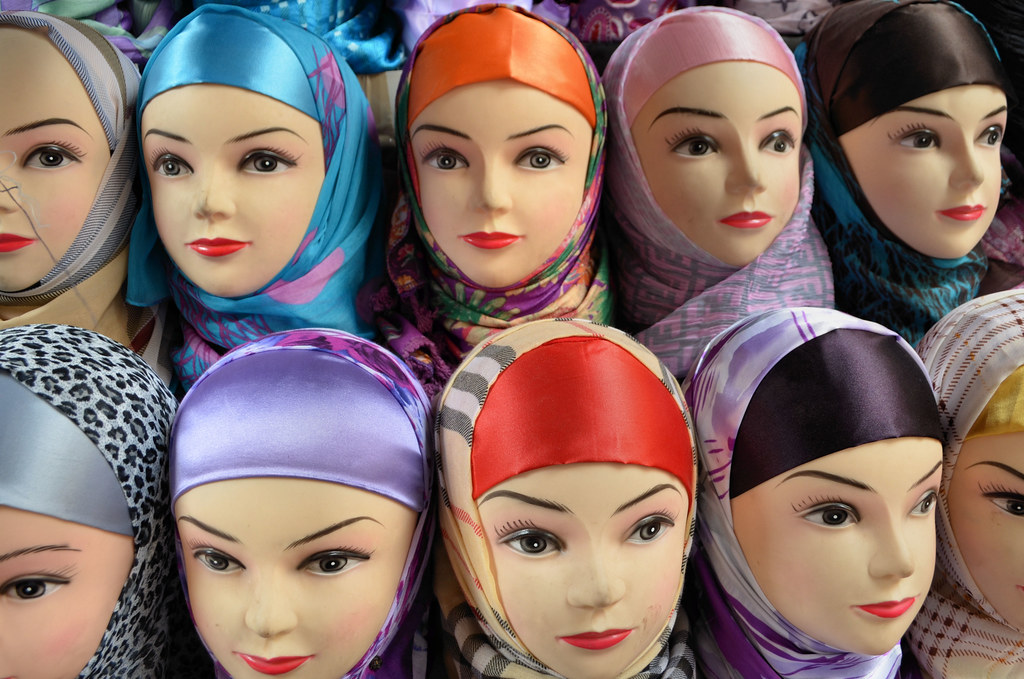 The hijab: “preventing common impositions” was published in Workers Liberty Solidarity in defence of banning child veiling on 27 November 2019.

Maryam Namazie is an activist with the Council of Ex-Muslims and other secularist groups.

On the issue of child veiling, a state ban on conspicuous religious symbols for children is an important defence of children’s rights.

Children are not parental property

Children are not the property of their parents.

They are individuals with rights and bodily integrity. And just because their parents believe in child veiling or FGM and male circumcision doesn’t mean they should be automatically entitled to impose their views on their children, especially when these views are harmful.

It is not a question of choice

Religious symbols on children are not a child’s choice but a parental imposition, as no child “chooses” to be “modest” and “chaste” and protect the family “honour.”

Even for adults, it is debatable how many have freely chosen to wear the veil given the huge amounts of pressures to conform, the compulsory nature of the veil in many instances and because submission and compliance are not the same as choice. Even so, there is clearly a huge difference between the veiling of adults and child veiling.

“Society is duty-bound to provide fair and equal living conditions for children, their growth and development, and their active participation in social life. Anybody who should try to block the normal social life of a child, exactly like those who would want to physically violate a child according to their own culture, religion, or personal or collective complexes, should be confronted with the firm barrier of the law and the serious reaction of society.

“No nine year old girl chooses to be married, sexually mutilated, serve as house maid and cook for the male members of the family, and be deprived of exercise, education, and play. The child grows up in the family and in society according to established customs, traditions, and regulations, and automatically learns to accept these ideas and customs as the norms of life.

“To speak of the choice of the Islamic veil by the child herself is a ridiculous joke. Anyone who presents the mechanism of the veiling of a kindergarten-age girl as her own ‘democratic choice’ either comes from outer space, or is a hypocrite who does not deserve to participate in the discussion about children’s rights and the fight against discrimination.

The veil is emotionally harmful. It aims to erase girls and women from the public space and creates a physical wall of segregation. If you do not stay home, and insist on going to school or work or what have you, then you must carry the purdah on your very back to prevent yourself from enticing men and creating fitnah or chaos in society.

The veil is part of the misogynist insistence that girls are “different” from boys. As has been seen in some classrooms in Islamic schools here in Britain even, what follows child veiling is girls sitting in the back of the classrooms, eating after male students, having different textbooks…

It also inhibits the free movement of children. There is an implication that veiled girls are not to run, shout or laugh too loudly or even ride a bike and be seen playing with boys. Child veiling encourages inequality between girls and boys right from the start and solidifies women’s subservient status in society.

Modesty culture is an extension of rape culture

Moreover, child veiling is on the continuum of other religious and cultural rules to control women and girls to ensure that they know “their place” – whether it be via FGM, polygamy or child marriage. At worst, it promotes rape culture and violence against girls and women.

The veil and its demands for modesty brings with it the implicit and often explicit shaming (or worse) of those deemed “immodest.” It is the immodest girl or woman who fails to dress or behave appropriately in order to avoid the male gaze and titillation. She has no one to blame but herself for any ensuing male violence. Modesty is always the remit of women and young girls.

And while it is often portrayed as harmless, modesty culture sexualises girls from a young age and puts the onus on them to protect themselves. Child veiling also removes male accountability for violence, positioning men as predators unable to control their urges. Girls and women are to be either protected or raped depending on how well they guard their modesty and the honour of their male guardian.

Therefore, despite what we are often told, the veil is not just another piece of clothing. This would be similar to touting foot-binding as footwear, FGM as piercings and the chastity belt as lingerie.

In all religions and every religious-Right movement, the perfect “modest” and “moral” woman/girl is the one who cannot be seen or heard in public. Whether via acid-attacks, FGM or child veiling, the message is clear: a good woman/girl is a “modest” one.

To ban or not to ban

There are bans on domestic violence, FGM, child labour… because of social and political movements demanding an end to such violations culminating with changes in the law. Therefore, the banning of child veiling and conspicuous religious symbols should be seen within this move to prioritise children’s rights over the rights of their parents, religious dogma or religious “leaders” and to codify it in the law.

Much of the discussion around the banning of child veiling centres around legitimate concerns for bigotry against Muslims, rising xenophobia and the exploitation of any ban by the far-Right. I would challenge the view that sees girls and women as extensions of their communities and expendable for societal “cohesion.”

Yes, of course, there is a context of racism but there is also a context of the rise of the religious-Right (including white nationalism) with women and girls as their first targets. Increased child veiling is the result of this rising fundamentalism since the veil and control of “its women” is the most public manifestation of Islamist control. In Britain, today, even some toddlers can be seen wearing the veil.

A more ethical position would be to oppose both racism and fundamentalism. Excusing fundamentalism because of racism or vice versa addresses neither and leaves women and girls at the mercy of religious and patriarchal restrictions.

Saying the fight against child veiling is a fight for feminist and secularist movements within faith communities allows one to remain on the side lines and pay lip service to what is a serious child welfare issue. Oh well, at least you showed some solidarity by putting the onus on others!

Children – British girls – are being sexualised, segregated, taught they are different from boys. British children cannot feel the wind in their hair, run, laugh out loud, dance… They are not considered as individuals whose welfare is paramount but extensions of “community” and family and bearers of modesty culture.

The idea that the fight for the rights of these girls — because they are minorities — must be left to “faith communities” shows how ingrained regressive identity politics and cultural relativism have become. For me, the issue is clear.

If you want to improve the lot of children who are veiled, then changes in law are an important battleground for those who are serious about children’s rights.

Photo “Hijabs R Us” by Chrissy Olson is licensed with CC BY-ND 2.0. To view a copy of this license, visit https://creativecommons.org/licenses/by-nd/2.0/