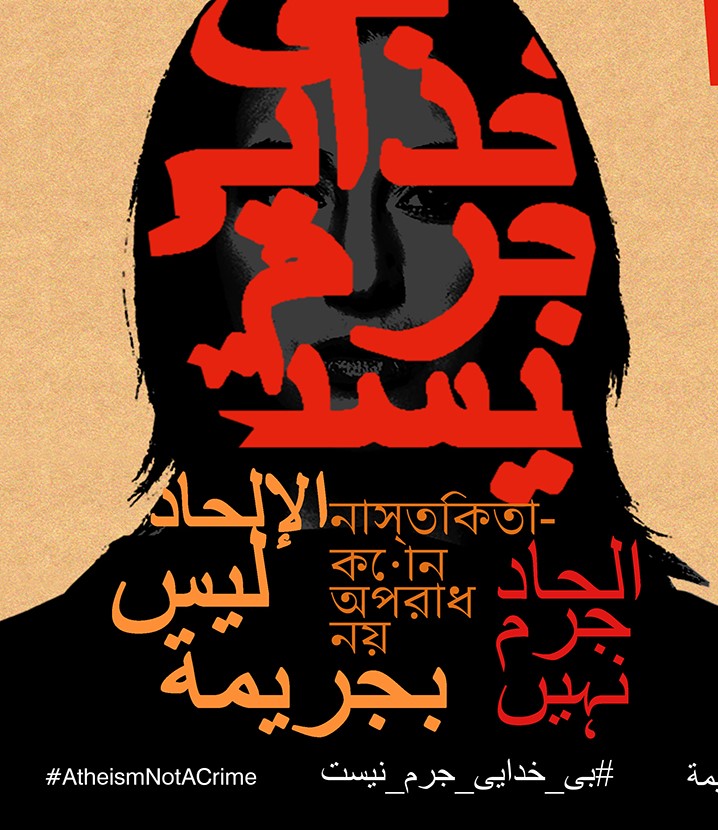 On Saturday 20 November from 6-8pm, CEMB and One Law for All are screening “Women Leaving Islam” for the first time in London. After the film, there will be a panel discussion on Blasphemous Women and Equality. Speakers include Somali Ex-Muslim Voices Founder Halima Salat, CEMB Spokesperson Maryam Namazie, youtuber and Counsellor Mimzy Vidz, Youtuber Nuriyeh Khan, Writer and Southall Black Sisters Activist Rahila Gupta and Clinical Psychologist Savin Bapir-Tardy. Tickets are £5.00. Due to Covid rules, space is limited so please get your tickets today.

Kenyan-Somali living in the Netherlands. She is a multilingual poet and journalist focusing on gender based issues such as honour violence and FGM. She has many problems with Islam but the core problem is that she truly believes Islam is against a woman’s individual right to steer her own path. Halima is the founder of the online community; “Ex-Muslim Somali Voices” which focuses on the issues apostates from Somali communities face. She is featured in the film Women Leaving Islam.

Iranian-born activist living in the UK. She is the Spokesperson of One Law for All and the Council of Ex-Muslims of Britain featured in a 2016 film called Islam’s Non-Believers and was a character in DV8 Physical Theatre’s Can We Talk About This?. She has been deemed ‘immoral and corrupt’ by the Islamic regime of Iran and ‘distressing and objectionable’ by TEDx Warwick. In his 2020 book ‘Leaving the Allah Delusion Behind: Atheism and Freethought in Islam,’ Ibn Warraq states, ‘If it were not for Maryam Namazie’s tireless efforts, I doubt if the ex-Muslim atheist movement as a whole would have had the success it is experiencing now.’ She has won numerous awards for her work, including the 2019 Emma Humphreys Memorial Prize; 2017 Henry H. Zumach Freedom From Religious Fundamentalism award; 2016 International Laicite Prize from the Comité Laïcité République and the inaugural National Secular Society’s Secularist of the Year Award 2005, amongst others.

Ex-Muslim Youtuber who discusses issues that Muslims and non Muslims face. She is part of the movement to normalise ex Muslims and put an end to blasphemy and apostate scrutiny in Muslim communities and raise awareness of these problems. She went to a Muslim school most of her life in London. She was a very religious Muslim and involved in various Muslim organisations and communities before becoming an Atheist 2 years ago. She is featured in the CEMB film, Women Leaving Islam.

An environment and human rights activist originally from Sudan. She works with a number of campaigns in the UK, including One Law for All and Secular Middle East and North Africa. She leads the Sudanese Humanists Group and is former Spokesperson for the Council of Ex-Muslims of Britain.

British Pakistani aspiring lawyer and activist who mostly grew up between Saudi Arabia and Dubai. Nuriyah has a YouTube channel called Holy Humanist. Holy Humanist is a platform dedicated to exploring the dogma of Islam, human rights, freedom, oppression, and the surrounding socio-political issues, with a strong emphasis on women’s rights (or lack thereof!).

Journalist, writer, poet. Active with Southall Black Sisters, an advocacy and campaigning group for women escaping domestic violence. Her work, about immigration, violence and patriarchy, has appeared in The Guardian among other papers and magazines.

Lecturer in Psychology at the University of West London. Bapir-Tardy conducted her doctoral research at City University into how traumatic events are experienced. She has worked with adolescents, adults and older adults in a variety of mental health settings. She worked for 8 years as a Counselling Psychologist at the Iranian and Kurdish Women’s Rights Organisation (IKWRO) providing psychological therapy to women who have experienced “honour” based violence, forced marriage, domestic violence and female genital mutilation. Bapir-Tardy also provided training to professionals in mainstream mental health services on “honour” based violence, forced marriage and female genital mutilation.